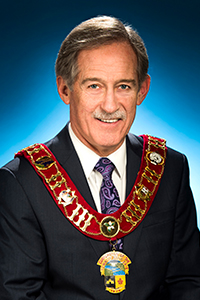 Councillor Wayne Redekop is serving his fifth term on regional council in his capacity as mayor of the Town of Fort Erie where he was born and raised.

Councillor Redekop has been the mayor of the Town of Fort Erie from 2014 to present and promoted the municipal administration credo of efficiency, accountability and responsiveness. During that time, the town invested heavily in infrastructure renewal, new parks and public transit; experienced a boom in residential construction; actively engaged residents in a number of policy initiatives; and promoted the value of Fort Erie's expansive waterfront, rich natural heritage and opportunities for growth and prosperity.

He is or has been a member of:

Councillor Redekop is married to Cathy and has three adult daughters, Lindsay, Hilary and Kylie, along with two grandsons, Brody and Cullen. He qualified for and completed (with Lindsay) the Boston Marathon, 2008 and 2009.