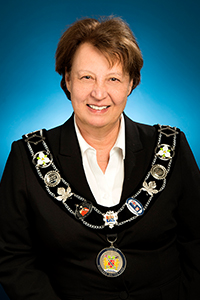 Councillor Betty Disero is serving her first term on regional council and as lord mayor of the Town of Niagara-on-the-Lake.