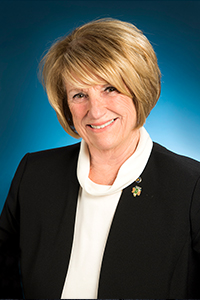 Councillor Barbara Greenwood is serving her third term on regional council. She served on the 2006 and 2010 terms, and was the first woman elected to regional council from Niagara Falls. She worked in the office of the MPP and MP in Niagara Falls for six years from 2000 to 2006.

Councillor Greenwood has been awarded the: